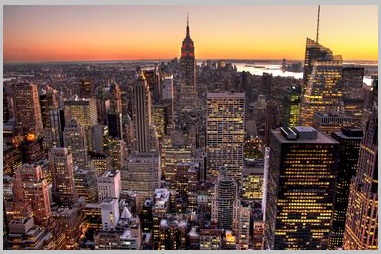 Rising rents in Manhattan, New York, reached a record high in May for the fourth consecutive month, reports CNN.

According to the news media, a monthly report from brokerage firm Douglas Elliman and Miller Samuel Real Estate Appraisers and Consultants show that in May the average rent for an apartment in Manhattan jumped to $4,000 a month, rising 25 per cent above the same period last year.

This is likely to further increase in the coming months. Analysts predict that in the summer months of June through August which is the peak period for new lease signings, rents are likely to rise even further.

President and CEO of Miller Samuel, Jonathan Miller said “This is a market that has been pressed to the ceiling. On top of that, the expectation is that new leasing will peak in August, which is expected to keep upper pressure on prices in the near term.”

“I’m not sure how long this lasts after that, because at some point, for affordability, the math just doesn’t work.”

According to Miler, the discounts and concessions, like one or two months of free rent, that landlords were offering during the pandemic, have been discontinued.

The share of landlord concessions dropped to its lowest since September 2016 to 15.3 per cent in May, the report further stated.

Also rising mortgage rates are another reason for the upsurge in rents. This situation is forcing many would-be buyers to remain in the rental market, Miller said.

He stated that “You have people who would-be buyers being pushed into the rental market because they don’t qualify or can’t afford a purchase at this point.”

As a consequence of this, the number of renters signing new leases has been rising for several months, causing a more competitive environment leading to a bidding war among renters and ultimately paying more than the listing price, Miller said.

In May, renters paid an average of 11% more than the house owner’s asking price, according to Miller.