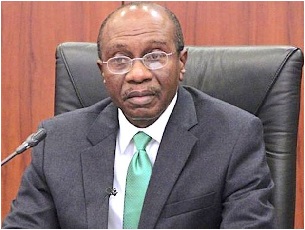 Two months after the Central Bank of Nigeria (CBN) launched the RT200 non-oil export rebate scheme, the country has recorded the sum of $3.5 billion in foreign exchange repatriation from exporters.

This was disclosed on Thursday in Lagos by Godwin Emefiele, the Governor of the Central Bank of Nigeria at the RT200 non-oil export summit organized by the regulatory bank and bankers committee.

The RT200 FX Programme scheme which stands for the “Race to US$200 billion in FX Repatriation” was launched on February 10, 2022, in a bid to get $200 billion in FX repatriation and to reduce the pressure on the exchange rate. It is directed toward the non-oil sector.

Participating exporters of eligible non-oil commodities will receive N65 for every $1 repatriated and sold at the Investors’ and Exporters’ (I & E) Window through authorized dealer banks (ADBs) for third-party use.

Exporters who repatriate and sold through the window for self-use on eligible transactions will receive a rebate of N35 per dollar.

According to the CBN governor, over N3.5 billion has been paid to exporters who brought in their export proceeds.

In an earlier circular, the regulatory bank said payment of the rebates would be done quarterly, at the latest one week after the end of that quarter.