South Africa’s energy company, Eskom breaking down again soon, is a very high possibility as it announced on Sunday morning that load shedding was not expected for the day due to drop in demand during the holiday period and a return of some generating units to service.

However, a massive 14,574MW remains missing from SA’s electricity system due to unplanned breakdowns at power stations as of Sunday morning.

If there are any unplanned outages above 9,500 MW, load shedding may be on the cards as the system will be severely constrained. Eskom said the system remains vulnerable and unpredictable, and the load shedding remains a possibility.

The company said it will continue to use emergency power generation if necessary. This involves using open cycle gas turbines and pumped-storage hydroelectric plants. These are very expensive ways of generating power, particularly the gas turbines, which require large quantities of diesel. They can only be used for short periods before diesel and water reserves start running out.

This year has seen South Africa go through severe load shedding in February, October and December this year. After the economy shrank in the third quarter, economists fear that the load shedding in the fourth quarter could land SA in a recession. 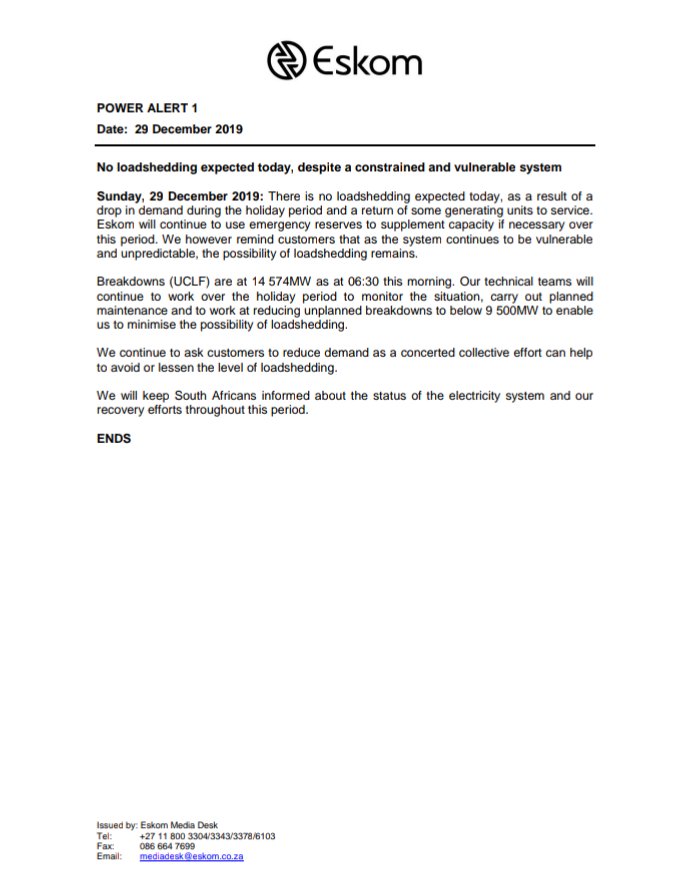